Because I really want to be surprised...and happy.

The complaints of "lag" and issues logging in let me know that I would NOT have been happy this past weekend. But, more than that, the feeling of awe and wonder in the game I have been waiting for could be mind numbingly awesome...

So, I hope those who did take the time to log in enjoyed themselves. I did hear great stuff from those who did get in...and that is good news.

For me though, Guild Wars 2 is a sure thing. Why ruin the expectations by dealing with the issues...I am sure there is 5.9 million other players who can test the mess for me, and get it working top notch for MY early start.

So, this ones for you early adopters...fix the game please, and help ME enjoy myself to the fullest extent!
Posted by Elementalistly at 11:55 AM 3 comments:

The Beta's Weekend - The Sub Dilemma

Over the past weekend I had a chance to goof off in both TERA and Diablo 3. Since I am making a concerted effort to get back to gaming, I figured new stuff would be the right way to go.

TERA was first up. Not a true typical MMO, but an MMO none the less.

The action combat was the selling point. It does deliver. I appreciated the ability to use my Xbox 360 controller (which had some minor weird mapping issues). I always use a piece of software called Xpadder to play all of my MMO's with the controller. To have it built in to the game was great.

Aiming could be a problem at times, as you need to watch a reticule on your screen. It would change from silver to gray (and become slightly thicker) to let you know the skill would work on the target.

Some classes also felt sluggish because of this aiming feature. Any melee class became troublesome as you ran after mobs or avoided their attacks. I would then get confused as I was learning the odd mapping. (Some skills would be on a button, yet one would work with a trigger...etc. Just did not flow well).

But, eventually I got used to it. Made some adjustments and I was good to go.

After about 2 hours in, it was after my 5th or 6th fetch/kill 10x quest that I eventually lost interest. It just did not feel like enough to me for a sub. I also got this feeling that a "sub" based game may not be right for me anymore. What with my schedule, being so full with work and life, my gaming is minimal if existent at all.

This really hit home when I tried Diablo 3. I had my wife and son join along with me on this ride...and it was a win. We were struck by the simplicity; dropping in and playing an hour or so to have fun; the camaraderie as we discussed our drops together and did trades...and how we handled fights was great.

We argued a lot less than when we are in MMO mode. It seems the stress of getting stuff done in groups with others would cause more stress for all of us. The "you must tank or heal" attitudes always led to in home strife. Here, we only needed to rely on each other.

This started me thinking of our future game...Guild Wars 2...and how THAT has no sub as well. I then started discussing using what would have been our monthly fee for the "cash shop" as a stipend. As to grouping, thanks to the "no trinity" system of GW2 combat (which, btw, when you think of it...Diablo 3 is the same), it is believed that we can leave the stress of "who is healing...who is tanking" issues behind us.

This past weekends beta's were a real eye opener in the next phase of my gaming lifestyle. Guess I need to apologize to my Rift'ers of Simple Complexities, as at this time I do not expect to step back into that game.

What has been your outlook on the monthly sub versus free games (or buy the box, then play as you wish type of gaming)?

Posted by Elementalistly at 11:01 AM 3 comments:

As of late I have been watching the stories of success in regards to the "Free to play" initiatives most MMO's have been taking. With Everquest, of all games, gaining an audience, it just seems foolish to not go this route now. 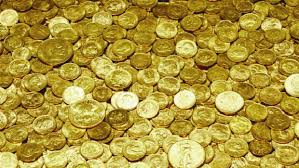 I know, I know...some people hate the idea of purchasing all of the little items to help their character grow. I do not have an issue with this. If anything, what this really boils down to is PvE vs PvP when it comes to the "Pay to win" descriptions we see thrown around.

So, looking at games which still have not gone the way of the Free, like Warhammer Online, makes me feel remorse for their losses (down to one server? WTF people....go FREE and be ready to turn back on those lost servers and get more players....and revenue again).

So, how is GW2 approaching this? I have not looked into it too much, but I always appreciated the "Buy once, free forever" style of game. Let me pay for expansions, addons, etc....but, one price for the box is awesome. 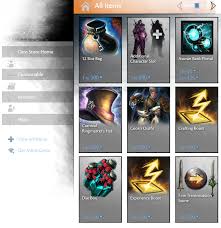 A great post here with some straight forward data. We see...

"In Guild Wars 2 we have three currencies: gold, karma, and gems. Gold is the common in-game currency. Karma, which players earn in-game but cannot trade, is used for unique rewards. And gems are the currency that’s bought and used to purchase microtransactions."


Interesting that just three variations of "money" will exist. One thing that started to get difficult in Rift was the currency system. It got out of control actually...with each event having a new currency item. Each raid tier started using new forms of payment...it was insane. GW2 seems nice and simple.

"MMO veterans will note the similarities of our system to EVE Online’s PLEX system. As in that case, our system takes gold trading out of the hands of real-money trading (RMT) companies and puts it directly in the hands of players."

Though I am personally not a fan of EVE, something always touted as a singular system of both discussion and derision has been the PLEX system. How do you feel about it?

This though is the best quote...

"If you want something, whether it’s an in-game item or a microtransaction, you ultimately have two ways to get it: you can play to earn gold or you can use money to buy gems. We think that’s important, because it lets more players participate on a level playing field, whether they use their free time or their disposable income to do it."


A sore point all along has been players attitudes towards those who have all the time in the world, or all the cash in the world to do with as they wish. Well, now each type of player has the ability to purchase as they want. This will be important down the road towards leveling the playing field.

Of course, Massively has an article on the many pitfalls of such a system. Check that here...

Until we see it in action, we will not know how this will play out. The entry price and then no monthly fee though will attract a much larger audience than most MMO's, and I predict a large sell out of this game off the bat...all because of the single player game pricing scheme.

Working hard....trying to get all arranged to start blogging once again.

It has been a long, strange trip since last I posted here. I took off due to gaming becoming my central focus (which is quite funny, seeing I write about gaming).

Rift really took up all of my time.

I was in charge of the guild Simple Complexities, which became a haven for the casual MMO'er, Raider, PvP'er... We were quite strict about who joined, yet left our home open for anyone that was older, had a family, or a real life...

It really worked. I made some great new friends, who I miss dearly, and am ready to game with again.

It was at the end of 2011 that tragedy struck, as I lost my job. We were prepared, but knew cost cutting had to take effect. As well, my time became limited. I had to pull back on the leadership of SC, and due diligence found me work a month going in.

That really hit me hard though. The job was quite difficult. I had to be trained, I was on the road a lot...

And I still am quite busy, but I know what I am doing now, and my time is almost my own once again.

And it was with the pre-order call to Guild Wars 2, that I knew it was time to return.

For those who would like to know, you may remember, I was diagnosed with Graves Disease over a year ago. I am medicated, and life has been looking up. I will be going for my final test on that next month, and if it is clear, I can stop taking the meds.

So, overall, life is good...and with GW2 around the corner, and a gaggle of awesome people from SC ready to all get together again...I am excited once more to game.

I hope you will join me here on this little adventure.
Posted by Elementalistly at 12:52 PM 5 comments:

Soon, I will be back. I plan to change this site over to a complete Guild Wars 2 discussion.

Hope you all missed me...